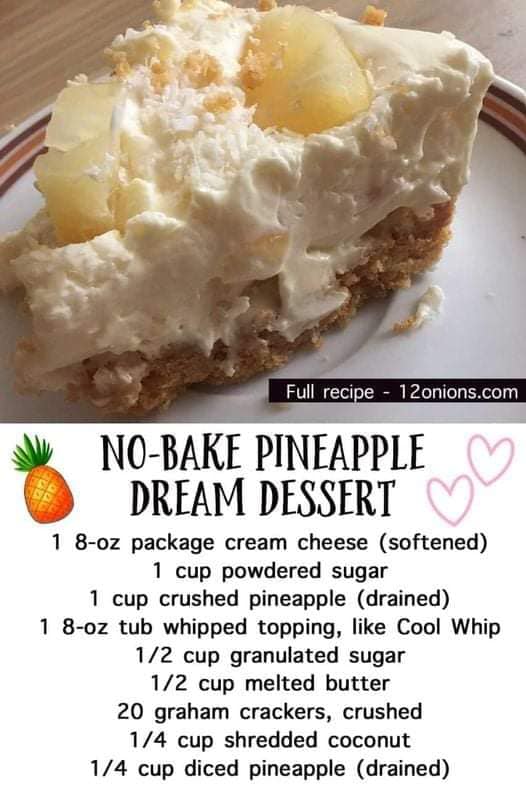 Ingredients:
½ Cup.Of granulated sugar.
½ Cup.Of melted butter.
Crushed graham crackers, I used a box of 20 pieces.
TOPPING INGREDIENTS:
¼ Cup.Of shredded coconut.
¼ Cup. Of diced pineapple, I drained the juice.
PREPARATION:
Step 1:
To start, choose a medium mixing bowl, and using an electric mixer, beat gently the cream cheese until it becomes somewhat frothy.
Step 2:
Secondly, you need to include gradually the powdered sugar, mixing until everything is well-combined.
Step 3:
And now, In a separate bowl, you’ll combine the whipped topping and beat until frothy, fold in the crushed pineapple with a spatula, then put the mixture aside.
Step 4:
Using a small mixing bowl, thoroughly combine the crushed graham crackers, granulated sugar, and melted butter until everything is well mixed. Spread the mixture into an 8 × 8 baking dish.
Step 5:
After that, you can spread the filling over the crust, smoothing it out with a spatula until it’s evenly distributed.
Step 6:
And the final step is refrigerating it for approximately 2 hours, until the pineapple is firm, after topping with shredded coconut and sliced pineapple. 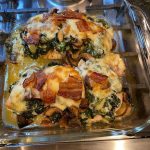 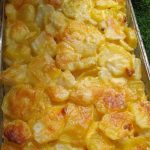