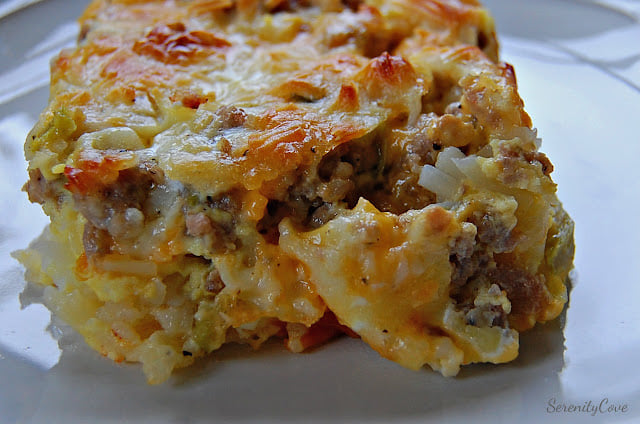 I just love this contest from The Real Women of Philadelphia! If it weren’t for my totally irrational and nearly-pathological resistance to being in front of a camera I’d seriously consider entering. Seriously, my real reason is that if by some miracle I was selected as a finalist, my life just won’t allow me to travel during the required dates, even though Savannah is one my most favorite places. I think I could get over my camera-phobia. But who wouldn’t want a chance at all of this?

-Contribute to a Cookbook
-Star in their very own Cooking Videos
-Make Publicity Appearances
-A chance to become a Guest Contributor to national food magazines
-And become $25,000 richer!

Besides, the winner gets to meet up with the always real Paula Deen in Savannah. How could it get any better? Just register at The Real Women of Philadelphia, create a video featuring your recipe and submit for your chance to win!

This week’s recipe inspired by the The Real Women of Philadelphia contest came to me when my kids made a delicious sausage and Philadelphia Cream Cheese appetizer for Easter. Taking that idea and putting an Italian spin on it made a very tasty main dish.

Slice the peppers from top to bottom and remove all the seeds and stuff. Place them skin side down on a small baking dish then put them under the broiler.

Remove the casing from the sausage and chop it up so it’s like ground beef.

By now the peppers should be about done, when the skins start to blacken. Take them out, let them sit until they’re cool enough to handle and peel off the charred skins. Cut them into strips.

Arrange a layer of lasagna in the bottom of a large baking dish. Spoon sausage over the top.

Slice one 8-ounce package of Philadelphia Cream Cheese into slices and arrange them over the sausage.

Next, add a handful of roasted red pepper slices.

Spoon in a layer of tomatoes. Don’t use all the juices but don’t totally skimp either. The lasagna needs some liquid to cook. All in all, you’ll use about half the juice.

Repeat a second layer just like the first then top the whole thing with a last layer of sausage and Philadelphia Cream Cheese. Bake at 350 for 75 to 90 minutes, until it’s bubbly and most of the liquid is aborbed.

Let the dish stand for 20 minutes or so before serving.

Dish it up and enjoy! 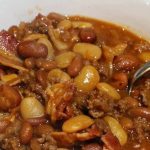 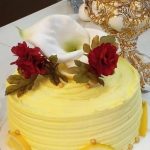